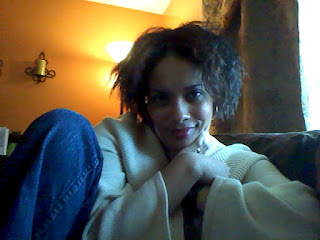 Can you believe 2009 is almost over? Wasn’t it just yesterday that we were all preparing ourselves for Y2K? *sigh* So much has happened this year…some stuff I’m proud of, some stuff makes me want to curl up in the fetal position and cry ~ either way, it’s my life and it’s these events that have shaped me and made me the person that I am today.

My friend Sara recently posted her Best Blog Posts of 2009 and I thought I’d join in the fun. Since this is a relatively new blog, I’m going to incorporate some posts from my other blog when I worked as a histolibrarianivist.

January: Library Day in the Life 5: TGIF! ~ The last day in a week of posts about my life as a librarian for a meme

February: No! You Can’t Have That Back ~ People were coming to the archives to reclaim items they had donated and it was driving me insane

March: I’m a Shover and Maker for Being Queen of the Histolibrarianivists ~ My friends at Library Society of the World gave librarians the opportunity to pat themselves on the back, something librarians rarely do

April: I’ve Done It Now ~ One of my proudest accomplishments was being able to move the archives forward and introduce new technologies to the library staff

May: NEPA Library Camp 2009 ~ This was the first time I’d ever been asked to be a presenter at a library event, I was both honored and nervous

July: Library Day in the Life: Day 2 ~ Walking Away ~ This was my last post as a librarian…

August: I Blame the Internet ~ My son and I discussed how the Internet has changed the way people interact with each other

September: He Loves Me, He Loves Me Not ~ Job seeking can be as difficult as dating

October: PSA: Be Your Own Advocate ~ Women need to learn to question their doctors and get the best medical advice they can because it’s their lives that are at risk

November: My Four-Legged Shadow ~ Since becoming a stay-at-home-mom, I’ve developed an anomaly: a four-legged shadow

I’m looking forward to bigger and better things next year and I hope to do a better job of sharing my experiences.

May God bless you with health and happiness in 2010…

“This is the duty of our generation as we enter the twenty-first century — solidarity with the weak, the persecuted, the lonely, […]

This month’s #Fab40s is a bit sentimental... My