Trying.  To.  Pull.  Up.  My.  Jeans.  And it just ain’t happening...  I’m finally too big to fit in my “fat jeans”.  Yesterday, I had to pull out 5 pairs of jeans before I found a pair that fit comfortably enough that I could sit through an 8 hour shift at the library.  I’ve written about my struggles with my weight before on this blog, so it’s no secret that I’m about twenty pounds overweight.  Seriously, I weigh more now than I did when I was pregnant with my twins.  I really need to do something and stick to it.

I’ve tried other weight loss programs before but I always fall off the wagon.  Not because I don’t see any changes but because I do see changes.  Yep, I see that number go down and I think Dude, you can so eat that brownie and be fine, next thing I know it’s four brownies, a bowl of ice cream, a soda or two and several cookies later.

Losing weight is no longer a vanity issue for me, it’s become a health issue.  For the past month or so I haven’t really been feeling quite myself, I can’t pinpoint exactly what’s wrong but “something” just feels off.  I’ve noticed that I mostly feel this way after I’ve eaten fast food…  I won’t even tell you how many times I’ve stopped at some fast food place, scarfed down a value meal during my 45 minute commute and then hid the bag in the trash like some little kid afraid of getting caught sneaking candy.  Food issues, much?

Anyway, last week I found out about the Biggest Loser Pound for Pound Challenge and I decided to sign up for 2 reasons:

So every week I’ll be posting pictures of the scale to keep myself accountable.  There’s nothing worse than having people see you fail, so now I’ll have no choice but to succeed.  As far as the pound loss celebratory brownie goes, that won’t be happening.  I’ve decided that I would so much rather celebrate by buying a really cute dress.  And that’ll make the hubs happy because he complains that I don’t wear enough dresses.  Can you say “Winning”?

So far so good…

Disclosure:  I’m not receiving any sort of compensation for this post, nor is it endorsed by the Biggest Loser or the Harry and Jeanette Weinberg NEPA Food Bank.

Yesterday I had to go shopping for a new pair of jeans because my butt shrunk. I am so incredibly happy right […] 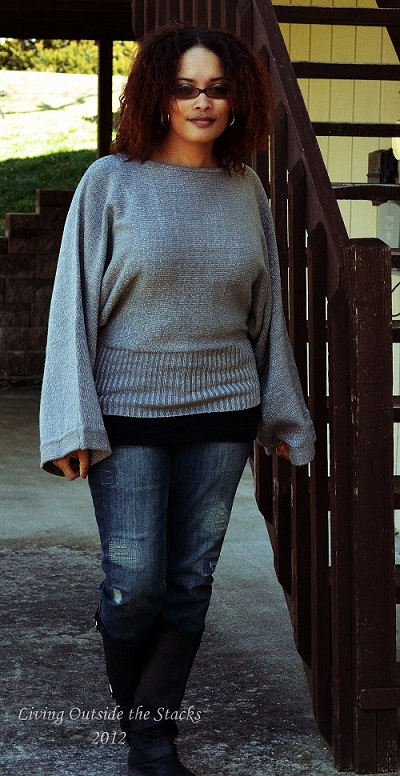 Do you remember my wake up call photo? If not, go here and take a peek. What a difference two weeks can […]

First of all, I’d like to congratulate the five mommas who are in the running to be the next Mamavation Mommas. Each […]

My daughter totally bailed on me!  She ran with me last Monday and then went to stay with her grandmother for the […]