Wow, I can’t believe I’ve just entered week 3 as a member of the Mamavation sistahood.  I’m still trying to figure out my way around and get an idea of who’s who and whatnot (this group has gotten a lot larger since I left a few months ago).  This week my Earth Footwear boots arrived. I’m so incredibly happy!  I’m a bargain shopper, so I bought them on sale through HSN.  Anyway, I’ve been alternating between my boots when I’m hitting the streets and my comfy cozy Earth Footwear slippers when I’m at the house, so I’ve been getting a nice little workout even when I’m not “working out.”

The last two weeks have been mostly about adjusting my eating habits and workouts to fit around my work and sleep schedules and I think I’ve mostly gotten it all figured out.  Go me!  During my first week back with Mamavation, I worked on my eating habits and found out that making lunch my dinner and eating a light meal in the evenings works best for me.  It kept me from feeling sick during the night and it also allowed me the opportunity to burn off whatever I ate rather than sleeping on it.  I also discovered that a daily breakfast of oatmeal with raisins and walnuts works better for me than anything else for breakfast.  So I’ll keep that as my main breakfast and save things like eggs and bacon for my Saturday breakfast dates with my husband.

During this last week with Mamavation, I’ve been a part of the 21 Day Activity Challenge that’s being hosted by my friend Sarah.  This has been a wonderful motivator because I know at the end of the day I have to post whatever activity I did and roughly how much time I spent doing it.  The accountability is wonderful.  When this challenge started, it was a group of my friends and a group of Sarah’s friends who were participating, now I can see everyone intermingling, commenting on each other’s activities, offering suggestions and tips.  It’s all very cool.  I need encouragement and shout outs just as much as the next person, especially on those days when I just want to crawl back in bed.  Other times, I just want to engage in conversation, so it’s nice to know there are people out there who share the same struggles, interests, needs, etc., so if you you see me on Twitter (@DaenelT) don’t be afraid to give me a yell.

This week I’m going to work on what I’ve learned and combine the two to create a healthy living program for myself.  I don’t know if any of you watched Oprah’s show last week where she did the 7 day vegetarian challenge but I did and I learned a lot from that episode.  I’m so not an Oprah person but she grabbed my attention with the vegetarian talk.  I’ve been thinking about doing it for a while now and I wanted to see how she and her staffers went about it. My sister and I were discussing the show and I discovered that she had been a vegetarian for a while and was thinking about giving it a try again.  We decided to do it together and sort of encourage each other.  I had tried being a vegetarian when my kids were little and by the third day  I wanted to eat my young.  I figure the kids are old enough to defend themselves now so if my desire for meat becomes too great 2 of them can hold me down while the other 2 procure a hamburger from somewhere.  I’m not sure when we’re going to start but when we do, you’ll be the first to know.

“What are you doing to keep your heart healthy?”

To keep my heart healthy, I’m exercising more and eating foods that I know are good for me.  I’m also trying to keep my stress levels low by doing things that I find enjoyable.

Mamavation is a weight loss support group that uses social media to help women and especially mothers to lead a healthy lifestyle.  You can learn more about Mamavation by visiting the website, following on Twitter or liking on Facebook. 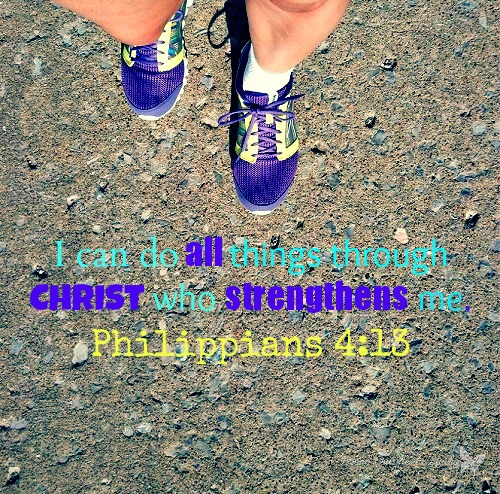 We didn’t have any training on Monday because of the holiday, so I did some training on my own. I know it’s […]

Wow, I cannot believe I haven’t written a Weigh~In Wednesday post since 21 April.  What’s even sadder is that I weigh about […]

This week begins week 2 of my New Year, New Me challenge and I am so incredibly excited and proud of myself. […]

This morning I was at the gym, minding my own business and sweating on the treadmill when what should assault my ears […]

For yeeeeears, The Hubs has wanted to get an RV. A

So I’m driving to our Ferriday Campus and I see

After cutting my own hair for over 20 years, I fin