Oh my gosh!  We have been crazy busy this week.  As you know, the kids and I left Pennsylvania for good on 23 July and have been chillin’ with my parents in Mississippi for the week and, lemme tell ya, they sure know how to show their grandkids a good time.

On Saturday, my twin sister and her family came in from Tennessee for a visit.  That was the first time all of our families have been under one roof in gosh close to fifteen years.  Kid you not.  We definitely missed the hubs but he’s taking care of the house and making sure it’s all ready for it’s new owners.  If you wanna buy a house, call me… 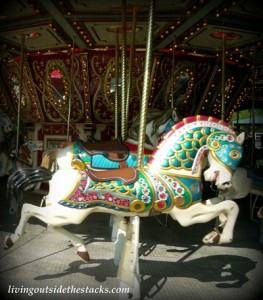 We’d originally planned to go to the Memphis Zoo and Aquarium on Tuesday but due to a crazy mix up, we didn’t go.  Apparently, my kids are so quiet that my parents didn’t realize that they’d been up since 5:30 AM waiting for them so that we could get an early start.  My kids quickly learned ~ make lots of noise so the grands know that they’re up.  So we ended up going to Adventure Alabama.  It was 95° but it felt closer to the triple digits.  I ended up with a crazy stripy tan on my feet from my sandals but the kids had a blast on the rides.  Unfortunately, we didn’t get to go to the water park because, well, we didn’t know there was a water park.  Nevertheless, the kids had a great time…

Today we went to the zoo.  Yay!  The only animals I was interested in seeing were the monkeys but Miss 14 had her heart set on seeing the penguins.  And seeing them was totally worth being dragged around the zoo in the heat.  Truthfully, the weather was incredible ~ yes, we sweated and yes, it was hot but it was no where near as hot as it has been.  The animals were kinda lazing around but it was kinda cool to be so close up to them.

We ended the day with a stop at a this restaurant called Chow Time, which serves a mix of Chinese and Southern food.  Kid you not.  I only ate the Chinese selections but they had everything on the Southern food side, including pig’s feet.  And the rules!  They were embossed on a golden tablet at the entrance to the restaurant.  The ones that stuck out most were:

Um, yeah.  The others were your basic no profanity, no sharing, etc.

I truly believe my kids won’t want to move with me to Missouri by the end of the week.

How do your parents spoil your kids? 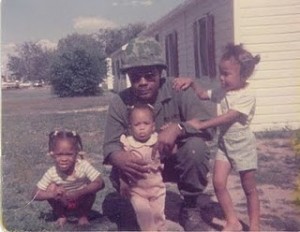 Yesterday I discovered the names of my great grandparents on my dad’s side. This may not seem like a big deal but […]

I watched this video of the Masche sextuplets on the Today Show and I was absolutely floored.  Fa~loored!  Those kids were absolutely […]