When I decided to lose weight, I didn’t know anything about Mamavation or the Sistahood, I just decided to go it alone. Well, actually, I decided to do it after that wake up call but you know what I mean. I had tried to lose weight before and I’d drop a few pounds, get excited and then gain it all back. I never really had a support system to rely on. You know, a group of people who were in the same boat… Then one day I happened to be on twitter and I saw @ReneeJRoss tweeting about Mamavation and I just had to know what she was talking about…

She was talking about online cheerleaders and that’s what I needed. I needed to have someone telling me that I could do this ~ without judgement or condemnation. And so far I’m succeeding because of the encouragement I’m getting from these women. People doubt the power of online relationships and say that they’re not real…. Well, maybe the relationships they form are not real but I’m emotionally invested in each and every one of these ladies who form the sistahood and I want to see each of them reach their goals to not only be thinner but to be healthier.

This morning, five applicants were chosen to be the finalists in the Mamavation campaign to be the next two Mamavation Moms, and they are:

I’ve gotten to know each of these ladies pretty well over the last week or so and each of them is beautiful and supportive in her own way. And I wish them continued success in reaching their goals towards being a happier and healthier mom.

Please take the time to go and vote for the two moms you’d like to see as the next Mamavation Mom. You can vote daily for more than one mom. Just go here and vote ~ show these ladies some love and support.

The final two Mamavation Moms will be announced on Thursday, 21 January from 8 to 11 PM EST during the Mamavation Launch Party sponsored by Earth Footwear.

To the rest of my sistas, don’t get disheartened, I believe in you and I know that you can reach your goals. Continue to check in with the other sistas and offer your support and encouragement to those around you.

Much love and hugs… 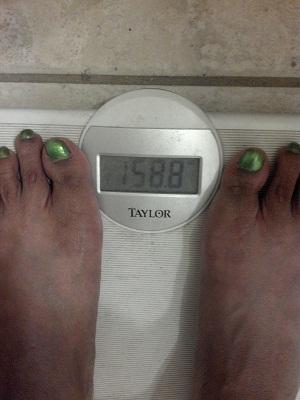 It’s been a full week since I started using the Cinch® Inch Loss Plan to lose weight naturally. And I’m already seeing […]

It’s another Monday, which means it is time for another Mamavation Monday post.  *sigh*  I wasn’t really on top of my “formal” […] 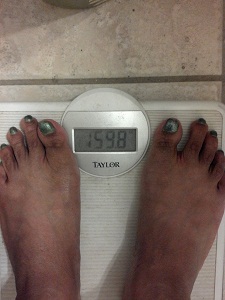 Last week was a total fail. I was on vacation with my family and wasn’t as aware of my eating habits as […]