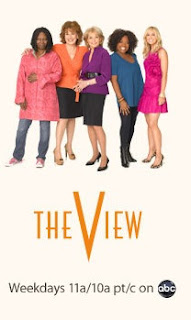 So the ladies walked onto the set to some incredibly regal sounding music, which I, of course commented on…. Um, I guess if I had watched more of the Olympics I would have known that it was the Canadian National Anthem. Doh! My genius was showing.

Hot Topics
The Olympics
I’m proud of our country and all of the athletes who competed in the Olympics, but I really have no interest in discussing them….

Earthquake in Chile
I think I’m a little bit peeved that people keep comparing the earthquakes in Chile and Haiti and saying that the people in Chile are handling things better than those in Haiti. Haiti is a poor country with an awful infrastructure and a government that simply wasn’t prepared to handle the devastation that followed. Yes, the earthquake in Chile was 500 times stronger but they are also richer and better prepared ~ Chile is an earthquake prone country.

Furthermore, the lack of killer waves following the earthquake was not a “tsunami fail,” it was a tsunami win ~ Hawaii and other countries in the Pacific rim dodged a potential bullet. Celebrate, don’t bemoan the weather forecasters or news outlets for their coverage. Be happy that you are still here, others were not so lucky.

Wild Animals Kill, That is What They Do
Why are people surprised when animals act like animals? Let’s get this straight, people, it’s a friggin Killer Whale not a goldfish. No matter how comfortable you (humans) may be with these animals, remember they are wild animals. I have a pet dog and I know that he loves our family but I also know that there is always a chance that he will turn on us. Animals do not think like humans just like humans do not think like animals. That is why there is a line of division between the species ~ respect the beast. What the heck? Don’t ride the Killer Whale’s head.

The Presidential Puff
Soooooo President Obama hasn’t stopped smoking…. Hmmm, well, ya know what? I’m sorry he’s still smoking but as long as he’s not sitting in meetings tossing back paper bagged 40s, I’m really ok with it. That’s a pretty stressful job he has so while smoking is not the best thing for his health, if it keeps him relaxed, let Mrs. Obama deal with the funky smell.

Suicide and Depression
Last week two celebrity families (and countless other families) lost family members to suicide and while I can never truly understand the pain that these families must now endure, my heart goes out to them. If someone you know is exhibiting signs of depression, get help.

To see what others have to say, stop by and visit my girls at It’s Kerry’s World and Parenting by Dummies (they’re the ones who started The View Blab Fest ~ love them!). They’re funny, insightful ladies who’ll have you thinking and laughing.

In my previous life as an archivist, one of the first people I “met” was Terry. He introduced himself to me on […]

Monday Mingle is hosted by Jenn at Eighty MPH Mom. If you’d like to participate, simply create a short vlog in which […] 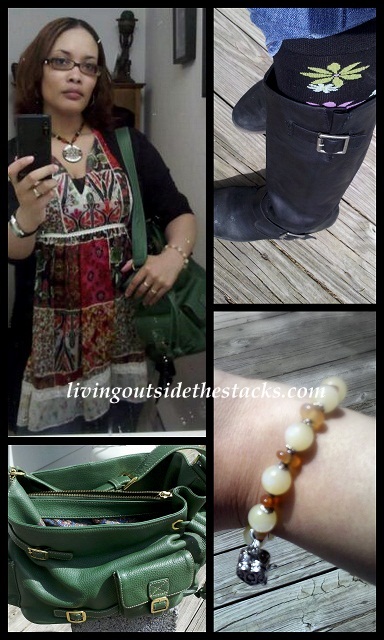 So I’ve decided to join yet another meme.  I think somewhere on this blog I mentioned how much I love them.  Anyway, […]