So why were we trapped in the black hole of airports also known as O’Hare International?  A weather delay.  Personally, I’m started to think the whole delay in Chicago thing is a conspiracy, it’s a test of patience, a way for the airlines to toy with people’s emotions…  Someday we’re all gonna find out that there are hidden cameras all over the airport and people’s frustrations are being aired for sport, sort of like The Truman Show.  Paranoid? Maybe.  But this is the kind of stuff that goes through your head when you’re sitting at the airport with nothing else to do.

On the good side, I did eat one of the most fabulous breakfasts.  Ever.  It was a Tuscan Frittata at the Tuscany.  Who knew airport food could taste so good.  And it’s a good thing it did, because I didn’t eat again until 10 something that night.  I also think I tried just about every flavor of coffee in the airport.  I’m still j~j~jittery.

One of our first stops on the way home, after we gave up on the search for food, was to my mother~in~law’s house to see the kids.  They’ve been using every method short of smoke signals to keep in touch with us while we were gone.  If I didn’t know any better, I’d think they missed us.  But I’m just suspicious enough to err on the side of caution and say they want something, they just haven’t sprung it on us yet.

Our last stop before we arrived at our house was the last fast food place I ever want eat at for the rest of my life.  Not because the food was bad although it really was but because I’m tired of fast food.  I’m seriously at the point where I’d rather go hungry than eat another burger from one of those places.

Anyway, I’ve made it home and I don’t know when I’ll be venturing out into the real world again… 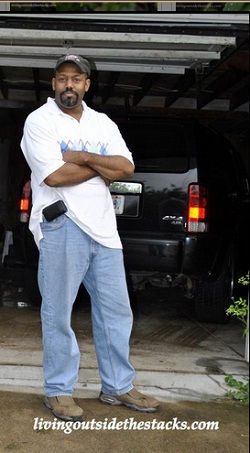 Join me for Shoe Style Saturday this Saturday! I’m a shoe girl big time but I also love clothes, handbags, jewelry and makeup […]