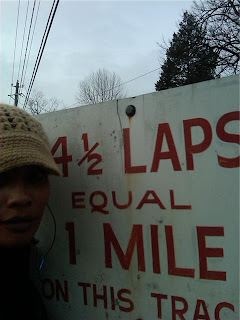 I’m fresh off my first day of the C25K program, as in I just got home from the track and I wanted to write this post before I lost my endorphin high. When I first arrived at the track, I was a little intimidated for a variety of reasons:

~ I haven’t run in over 13 years
~ I live in the woods, there are wild animals, y’all
~ I didn’t want anyone looking at me (Vanity, thy name is Daenel)

So I said a quick prayer that I wouldn’t collapse into a quivering heap on the ground and get dragged off into the woods by wild animals while other runners watched and I began… For added reassurance, He had the grace and kindness to put the track across the street from the police station and the ambulance and fire hall.

I put on my headphones and waited for the voice to talk me through the routine. For prompting, I downloaded an Indie Christian program by Chris to my BlackBerry (download is free ~ Thank you, Chris). The musical choices are awesome and seriously running inspired (titles like Run the Race and Run)… Cool part? Many of the songs are available for free download or can be purchased for a small price if you want them separate from the program.

The first session is about 30 minutes long, just enough for me to feel the burn without making me want to quit. I know some have said the C25K program can be a little intense but I found it to be just right (again, this is my first day, so talk to me again next week). I also think it helped that I’ve been working out using the EA Sports Active which has built up my endurance.

My plan is to hit the track again tomorrow (I know I should skip a day but I want to get on a Monday, Wednesday, Friday schedule) but it totally depends on how I’m feeling when I wake up. By the way, I give up weather wimp status, it was 25 out this morning and I could see my breath. Lesson? I’m tougher than I think.

Now off to the shower… 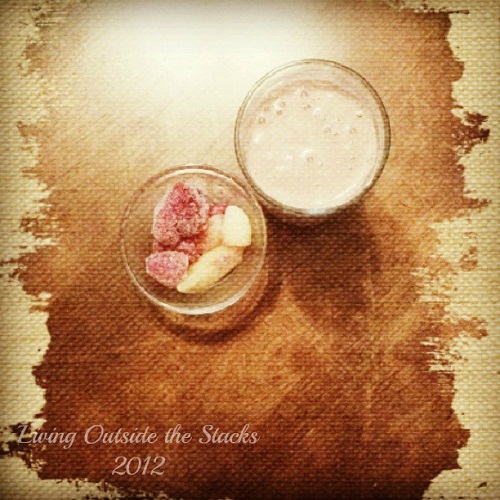 So, ummmmm, no scale picture today. But I will provide an update anyway. I’ve gained 1.4 lbs since last week but I’m […]

Actually, I don’t think, I know. I saw the proof when I stepped on the scale at the doctor’s office yesterday. I […]

Today is Weigh In Wednesday so I’m gonna keep things simple in this post: Measurements Bust ~ 38 in Waist ~ 34 […]