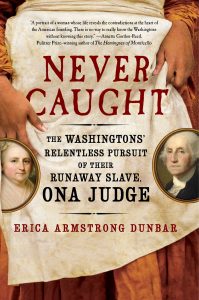 A startling and eye-opening look into America’s first family, Never Caught is the powerful narrative of Ona Judge, George and Martha Washington’s runaway slave who risked it all to escape the nation’s capital and reach freedom.

When George Washington was elected president, he reluctantly left behind his beloved Mount Vernon to serve in Philadelphia, the temporary seat of the nation’s capital. In setting up his household, he took Tobias Lear, his celebrated secretary, and eight slaves, including Ona Judge, about which little has been written. As he grew accustomed to Northern ways, there was one change he couldn’t get his arms around: Pennsylvania law required enslaved people be set free after six months of residency in the state. Rather than comply, Washington decided to circumvent the law. Every six months he sent the slaves back down south, just as the clock was about to expire.

Though Ona Judge lived a life of relative comfort, the few pleasantries she was afforded were nothing compared to freedom, a glimpse of which she encountered firsthand in Philadelphia. So, when the opportunity presented itself one cold spring day in Philadelphia, Judge left everything she knew to escape to New England. Yet freedom would not come without its costs.

At just 22 years old, Ona became the subject of an intense manhunt led by George Washington, who used his political and personal contacts to recapture his property.

Impeccably researched, historian Erica Armstrong Dunbar weaves a powerful tale and offers fascinating new scholarship on how one young woman risked it all to gain freedom from the famous founding father.

To watch a short introductory video about the book, click here.

Erica Armstrong Dunbar is the Blue and Gold Distinguished Professor of Black Studies and History at the University of Delaware. In 2011, Professor Dunbar was appointed the first director of the Program in African American History at the Library Company of Philadelphia. She has been the recipient of Ford, Mellon, and SSRC fellowships and is an Organization of American Historians Distinguished Lecturer. Her first book, A Fragile Freedom: African American Women and Emancipation in the Antebellum City was published by Yale University Press in 2008. She was born and raised in Philadelphia, reads all things related to African American History, and loves old school hip-hop. 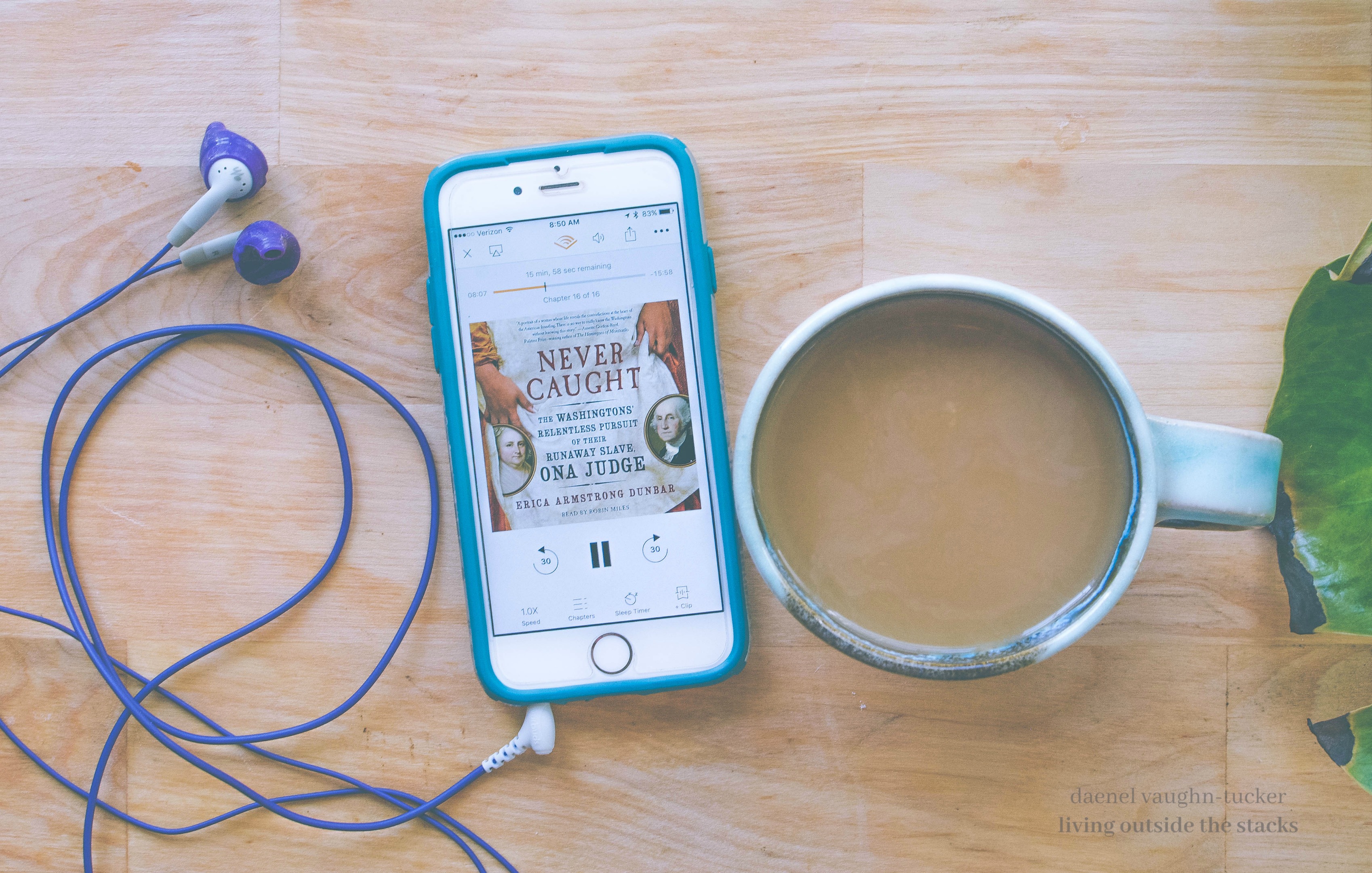 A few weeks ago, I was sitting in my truck listening to an author talk on GPB and they were talking about a slave woman who’d run away from the home of President George Washington and immediately my ears perked up. My class was studying the Revolutionary War at the time and I thought this might be an interesting story to share. As I listened to Erica Dunbar Armstrong discuss her book, I realized that this story required more than just a passing mention, this story needed to be read and discussed.

So I ordered the book…

It was this debt that led to the relentless pursuit of Ona Judge. Through Ona’s story, we also learn about the status of other slaves on the Washington estate and how they fared compared to other slaves. This is a side of Washington that we never read about in the history books, but it’s a side that is as vital to the development of the Revolutionary War hero as his leadership skills. Dunbar, through Judge’s story, offers up a flawed human being who failed to see that freedom was just as important to the slave as it was to the American colonists. We learn that Washington was not above using the office of the presidency to circumvent laws to achieve his own goals.

We also learn about the strength of the human spirit and the overwhelming desire for freedom through Ona Judge. At the time of her escape, Judge was in her early twenties and knew the risks to herself {and those she left behind} should she choose to escape, yet, she does it anyway. Despite her status as a fugitive, Judge goes on to marry, have children, and live a life on her own terms, something that surely would have been denied her had she stayed in captivity.

Although the Dunbar used primary sources to frame the story, many of the gaps in the narrative are filled with supposition and speculation. The writing is more suited to a high school audience, which makes the narrative accessible and easy to follow. Dunbar also does an excellent job of explaining the laws and customs of early America, therefore, the reader isn’t scrambling to find a history book to understand the story.

I’ve taught American history for a number of years and, besides the text book and primary sources, I like to add a novel to supplement the material and enrich the discussions. I’ll definitely be adding this book to the rotation and, if you teach history, I’d recommend you do the same.

I’d also recommend this book for people who enjoy history, especially African American and early American history. It’s interesting to think about and try to reconcile the principles of the Founding Fathers with their attitudes towards slavery and liberty.

This was my first experience with an audiobook and I don’t think it’ll be my last. I listened to the book while commuting to and from work, which was nice as I don’t always like to listen to music when I’m driving. I did try to time it so that I ended at a natural stopping point in the story instead of, say, mid sentence. It does help that there’s a little timer on the screen that shows how much time is left in a given chapter.

The narrator’s voice was pleasant, which made for easy listening.

If you’re a commuter or you like listening to podcasts when you workout, I highly recommend downloading an audiobook. The process is super easy and it’s a convenient way to stick with your reading.

If you purchase the book using the above link, I will receive a small commission. That commission goes towards the purchase of more books. Thank you for supporting Living Outside the Stacks and enabling my reading habit. 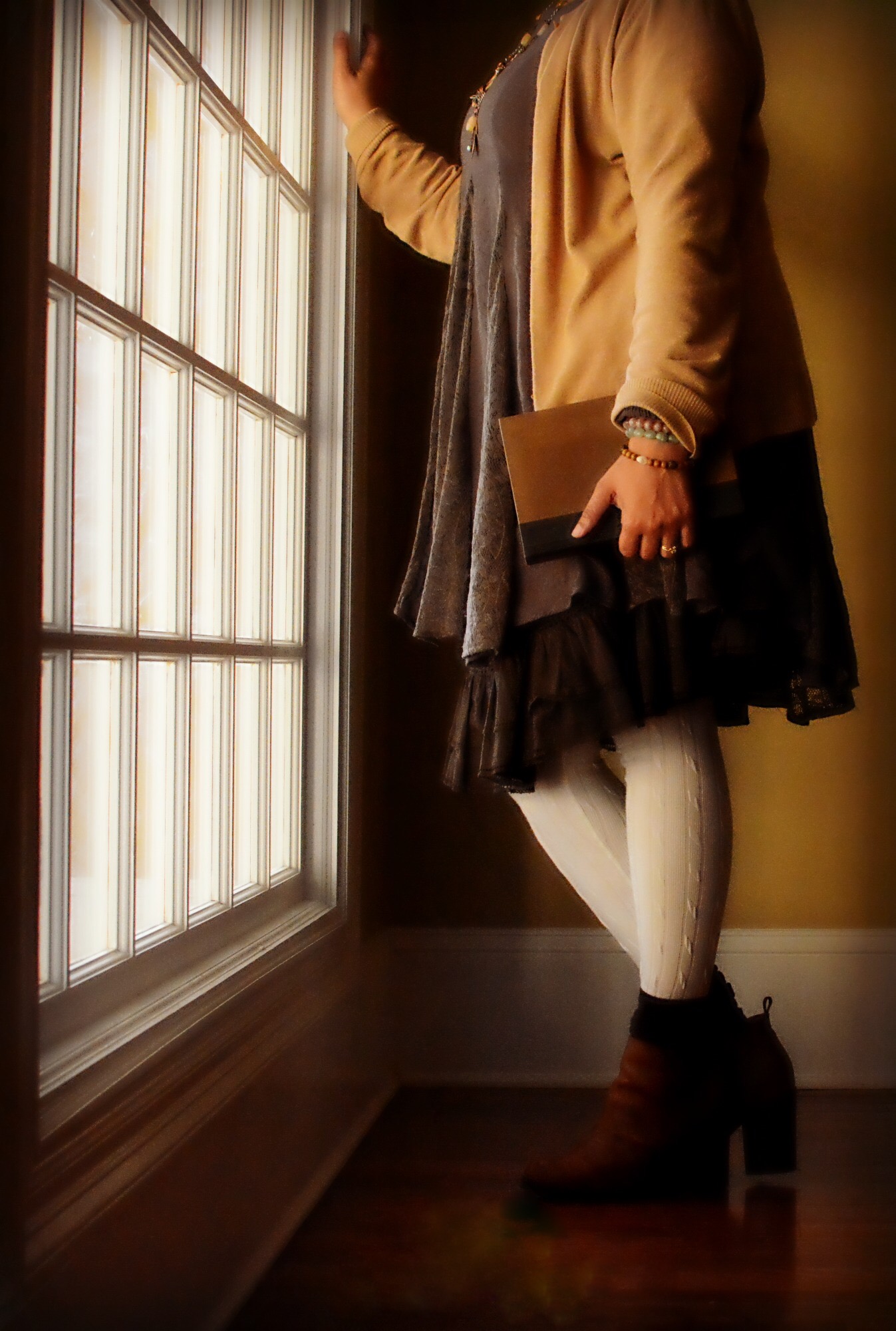 Are you on Instagram? Have you ever looked up the hashtag bookstagram? No? I’ll give you a minute, just click here. Beautiful, […]

Have you ever wondered about the back story of one of America’s greatest revolutionary heroes?  Then  The Revolutionary Paul Revere by Joel […] 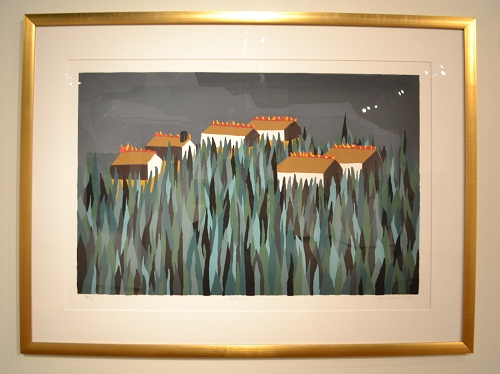 Yesterday, Miss 18 called me up and asked if I wanted to hang out. Immediately my spidey senses started tingling. Parents, you […]

“Walk with the wise and become wise, for a compa

“Give praise to the Lord, proclaim his name; mak

Sometimes you just have to look up and say “Than

“Don’t you know that you yourselves are God’