Twenty-two-year-old Skeeter has just returned home after graduating from Ole Miss. She may have a degree, but it is 1962, Mississippi, and her mother will not be happy till Skeeter has a ring on her finger. Skeeter would normally find solace with her beloved maid Constantine, the woman who raised her, but Constantine has disappeared and no one will tell Skeeter where she has gone.

Aibileen is a black maid, a wise, regal woman raising her seventeenth white child. Something has shifted inside her after the loss of her own son, who died while his bosses looked the other way. She is devoted to the little girl she looks after, though she knows both their hearts may be broken.

Minny, Aibileen’s best friend, is short, fat, and perhaps the sassiest woman in Mississippi. She can cook like nobody’s business, but she can’t mind her tongue, so she’s lost yet another job. Minny finally finds a position working for someone too new to town…

From the moment I downloaded this book to the Nook for PC, I couldn’t wait for the chance to pick it up again.  As of matter of fact, I ended up downloading it to my Droid just so that I could read it when I was waiting in line or something and didn’t have my netbook available.  While the book isn’t overly preachy or moralistic, it does capture the frustrations of women (on both sides of the color line) dealing with issues such as race, gender, class,  family and friendship.

According to interviews, Stockett wondered about her ability to capture the voice of black women and her “right” to do so as a white woman.  Honestly, I think she did an incredible job.  As I stated before, she may have romanticized black womens’ relationships a bit too much and pulled a little too heavily from liberal white guilt but I think that’s what made the book all the more interesting.  Honestly, the interplay between Minnie and Skeeter was incredible.  I loved the way the relationship developed from downright antagonistic to mutual respect.  Truth be told, I wanted to offer Minnie a shoulder to lean on, have Abileen over for coffee and befriend Skeeter.

I also enjoyed the historical and pop culture references that were scattered throughout the book.  Lucky Strikes, anyone?  For example, Aibileen casually mentions that Dr. Martin Luther King, Jr. and others are planning the March on Washington but you get the feeling that she’s far removed from the action because she’s more concerned with making it from day~to~day.  To me, this is probably an accurate portrayal of the way some blacks felt about the civil rights movement.

I wish the conclusion of the book was a little more definitive but the muddled ending is preferable to everything being wrapped up in a pretty pink bow.  After all, real life doesn’t always end so neatly, nor do we always find out what has become of the people who pass through our lives.

I would definitely recommend this book and could see it being used in a literature class where the topic is womens’ relationships.

Kathyrn Stockett was born and raised in Jackson, Mississippi. After graduating from the University of Alabama with a degree in English and Creative Writing, she moved to New York City, where she worked in magazine publishing and marketing for nine years. This is her first novel.

Have you ever been walking and see something that triggers a funny memory and you just have to share it? Yeah? Well, […] 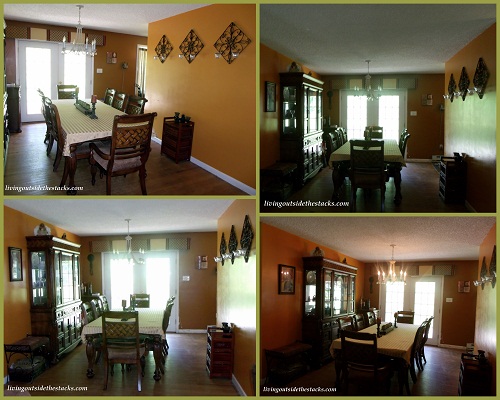 Today I’d like to show you the dining room… The wall sconces are from the home and garden section; the furniture is […] 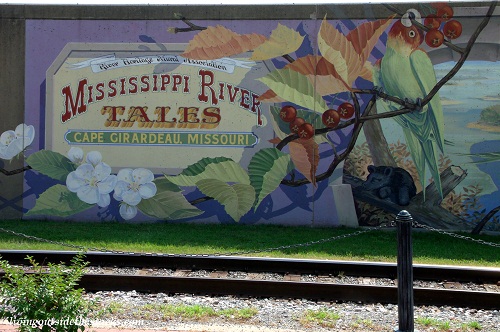 Wow, so I didn’t go without the interwebs as long as I thought I would.  Thank you, Comfort Suites, for the use […]