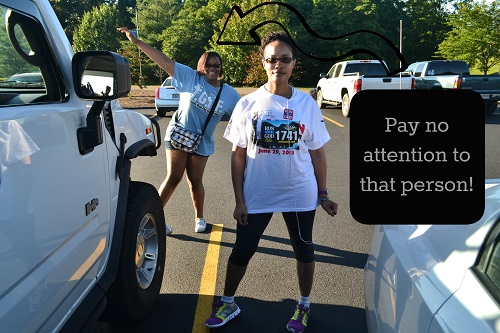 So you know how I’d been planning for my first race to be the Capaha Classic 5K on 13 July? Well, my first 5K turned out to be the Run for God on 29 June. I signed up for it for a variety of reasons, the main one being that the proceeds from the race benefited the Amen Center, a program that helps those in our community who are in need. Thank you to Merry Ann who told me about the race {and also about the group that I’m currently running with}. 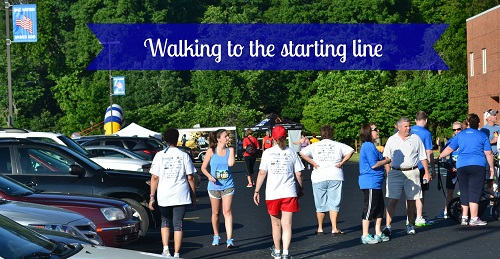 The only problem was that I didn’t realize this race is such a big deal. I thought it’d be a local thing with roughly 50 to 75 people. There were 350 people signed up for the race! Can you imagine? 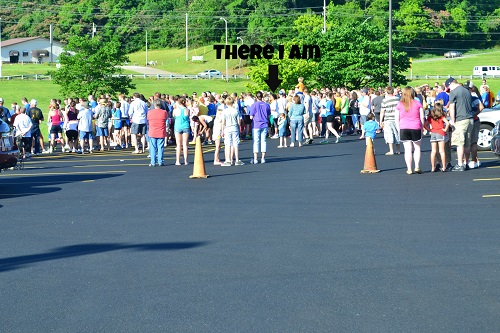 Because this event was sponsored by Lynwood Baptist Church and is a religious affiliated event, the race started with a prayer as well as the singing of the National Anthem. So cool! And planted along the run were verses from the Bible as well as inspirational quotes from different runners. Seeing the signs and hearing people cheer was so motivational. Every time I wanted to quit, a stranger would yell “You can do it!” or “Hang in there!” I got so many high fives as I was running that I thought I was part of the NBA line up! I was able to run 1.5 miles nonstop. I’ve never done that before! 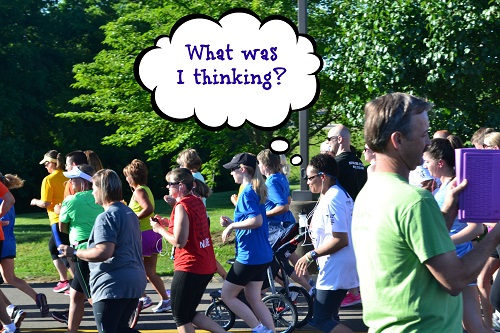 By the end of the race, I was pretty exhausted though. I also think I may have been a little dehydrated. I started wheezing a bit and had a hard time catching my breath so I slowed it down. I also  know I was intimidated by the ginormous hill at the top of the finish line. At the beginning of the race, it was a gentle rolling hill, by the end of the race it had transformed itself into a 90° angle. 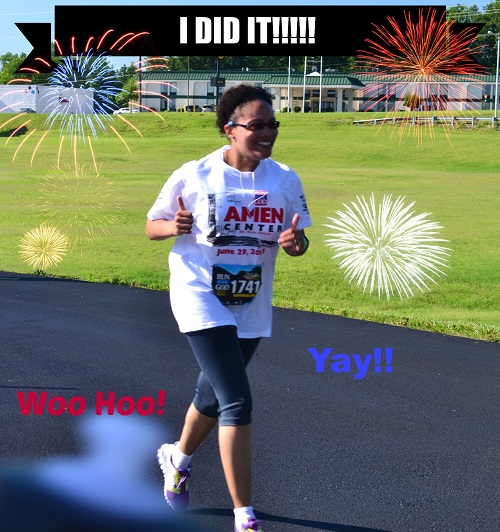 The blogger in me wanted to stop and take pictures along the way but I fought the urge. However, two of my daughters and the hubs were there to catch me in all of my glory. Yeah, that’s what we’ll call all of that sweat: “Glory”. Let’s just say, the girls decided that I should put more effort into my runner’s pose and less in endurance and speed.

When I first started running, I adopted Philippians 4:13 {“I can do all things through Christ who strengthens me”} because I knew that I couldn’t accomplish something like this on my own. It took God placing the right people in my life at the right time.

Thank you, Lord.  I’m so proud of myself; I really did this!

A new week and a new month full of new beginnings, but first let’s reflect on last week’s challenges and successes… I […]

So this was an incredible week as far as workouts go. Last week, I decided to rotate my workouts because I wasn’t […]

Wow, I can’t believe I’ve just entered week 3 as a member of the Mamavation sistahood.  I’m still trying to figure out […]

Today is the first day of the eRace Racism Challenge. eRace Racism is hosted by Black Girls Run in conjunction with This […]