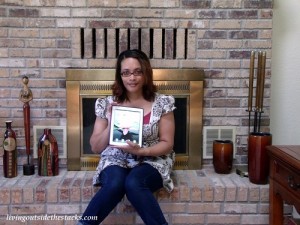 The hubs never ceases to amaze me.  Today I was sitting on the sofa, working on my notebook, when the hubs walked in and said “Stand up”.  Now, anyone who knows me, knows I immediately went in to “You don’t tell me what to do” mode.  I stood up anyway, but kept up a running commentary, until he leaned over kissed me and said “Thank you for being you.”  Then he presented me with a shiny new iPad 2.  Suh~weet.  I need to be amenable to moving a little more often.  And, um, perhaps a little less chatty.

I spent most of yesterday and last night get acquainted with the newest family member and I have to admit to being absolutely smitten.  Now there are a couple of minor things that I have to adjust to, such as using Safari instead of Google Chrome and one button control for just about everything.  Not hard things, just different.

Late last night, I spent a little time personalizing the built~in apps and downloading others.  My favorite built~ins are:

So far the only mistake that I’ve made is while purchasing the cover.  Rather than go for something that would protect the screen, like the iPad Smart Cover, I chose to get something that only protects the back (sorta like an Otter Box).  I’ll have to fix that soon, I don’t want the screen to get damaged while it’s in my purse.

And, yes, I have named the iPad.  Her name is Inez.

Do you have an iPad?  What apps do you recommend?

Tips for Library Patrons Don’t just follow your library, talk to them If a librarian does something well, tweet about it Offer […]