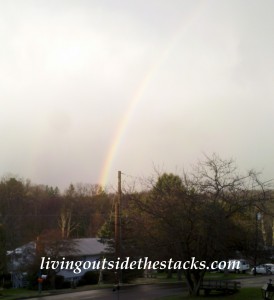 Weekends in my house tend to be quiet.  The kids usually go and stay with my mother~in~law pretty much from the minute they step off the bus until we ask them to come home.  And the hubs either works, races or hangs out with his friends so I’m pretty much left to my own devices, which I love.

This weekend, however, was different.  I survived a “man cold”, made a headband and weathered a power outage…

I woke up to hear the hubs moaning into the phone “I’m not coming in today” sniff sniff “I don’t feel well” cough cough. Inwardly, I groaned because this didn’t bode well for me.  He hung up the phone, rolled over, looked at me with one eye peeking from beneath the blanket and whispered “Feel my head, do I feel warm?”  It’s beginning already.  I rolled over and pulled the covers up over my shoulders.  If I ignored him, he’d go away.  He didn’t.  He.  Just.  Kept.  Whining.  A few minutes later, I threw the covers off of me and they landed on him.  “Owwwww, that hurt” he moaned from beneath the blankets.  Yes, seriously.  By lunch time, I was ready to give him a double dose of Nyquil.  Noting the irritation in my voice, the hubs looked at me sheepishly and said, “Remember the last time I was sick and you made fun of me?”  I remembered.  “I had pneumonia.”  True enough, he had been diagnosed with pneumonia and the doctor did want to admit him to the hospital and my eyes had almost become stuck at the top of my head from the constant rolling.  I resolved to be a bit more sympathetic.  Until the next “owwwww”.

I taught myself how to crochet a three~strand headband.  I’ve seen them all over the place.  Actually, the ones I’ve noticed are sewn but I don’t sew so, um, yeah, I crocheted it.  They’re just too cute and, in the summer, I’m all about pulling my hair back.  The center of the flower is a button from a pair of pants I no longer wear.  I think the entire thing took me about twenty minutes to complete after I figured out the stitches.

The hubs was feeling much better so he brought me breakfast in bed.  I ended up feeling guilty because I’d been making fun of him all weekend for being sick, but when I tasted the eggs…  Why do things taste better when someone else cooks it? Really, by the time Sunday rolled around, the whimpers and cries of “owww” had become quite funny…

Later that afternoon, after ensuring that the hubs and the kids had food and water, I left for work.  With a cloud of rain, wind, locusts and other dark things following me.  About three hours into my shift at the library, we heard a crash and the building started shaking.  About ten to fifteen seconds later, the power went out and the alarms started blaring.  The students and I were sitting there like wth?  We waited.  Nothing.  Finally, I called security to let them know what’s happened.  I also called the library director.  One of the students told me that a tree had fallen into the building and landed on the power lines, and the whole campus was without power.  I evacuated the library and went home.

With a cloud of rain, wind, locusts and other dark things following me.  My car was blown from side to side, tree limbs fell into the road and power lines sagged under the weight of trees.  It was possibly one of the scariest drives home I’ve ever had.  In the Spring.

So, how was your weekend?

Y’all, The Hubs and I went on vacation. It was wonderful! We loaded up the girls and went on a whirlwind trip […] 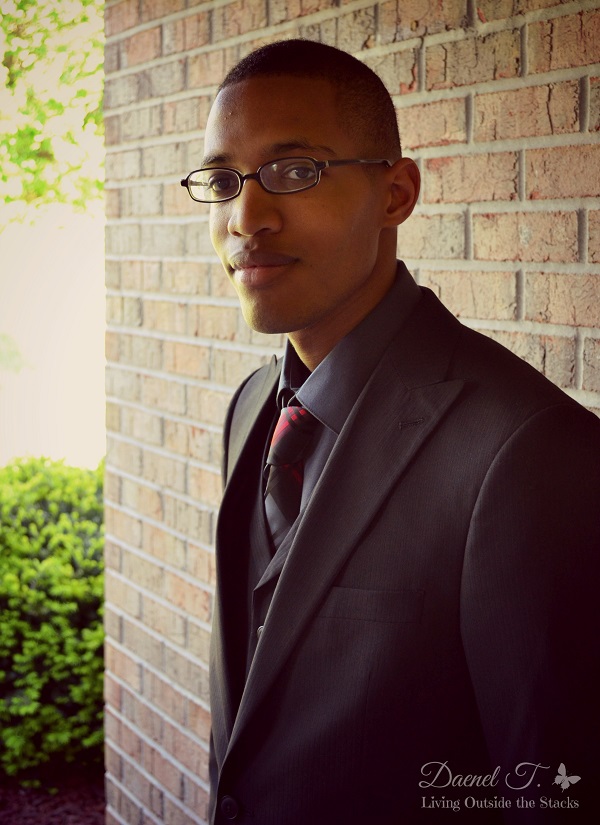 My dear sweet boy young man, you were our surprise. As in nine days before you were born, we found out you’d been […] 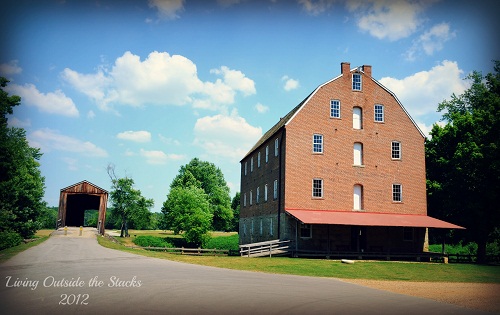 Has this week flown by or what? I’m trying to remember what I could have done to make it go by so […]