About the Fab Forties

The Fab Forties is a group of style bloggers from around the globe who come together once a month to share their common love of fashion. Each month we choose a different theme and invite a guest blogger, who is also in her forties, to join us. The group’s goal is to take on a style trend and show how we each interpret and incorporate it into our lives. Five different ladies, five different styles, you’re sure to find something that inspires you.

This month’s theme is “Inspired by Space” and was suggested by Shelbee. She chose this because… “I am a huge space geek. Everything about it fascinates me. Its vastness, the unknown, how much we have learned and will continue to learn, what else is out there in the great expanse of the universe. All of it. So I thought it might be fun to create outfits Inspired by Space!”

When I read the theme, I immediately thought of my bio dad. He was a Trekkie to the core. When I was a little girl, I lived with him for a short period of time in Buckingham County, Virginia. This was the eighties when families generally had only one television in the home. Ours was upstairs in the loft. My dad would make us bowls of Ramen noodles and we’d sit on the floor and watch Star Trek. My dad would get so excited and I would get so annoyed. I was not a Star Trek fan by any stretch of the imagination. Looking back, I treasure those memories and value the time that he and I spent together.  Many years later when my dad passed away, his childhood girlfriend put a communicator on his chest just before they closed the casket. It was perfectly geeky and so much appreciated. 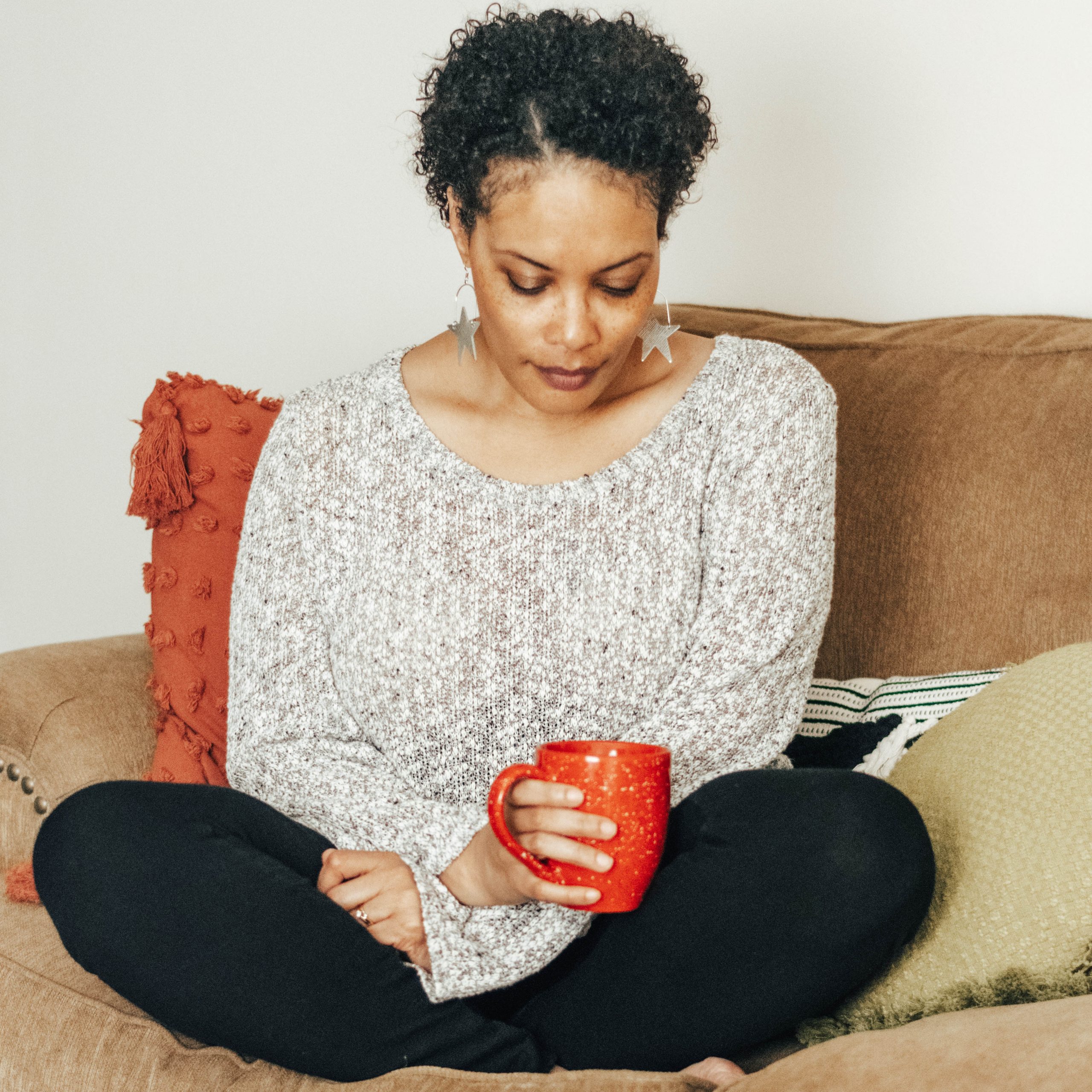 If you follow me on Instagram, you’ll see a snip of my original outfit – a nod to LT Nyota Uhura, who was portrayed by Ms. Nichelle Nichols. For those who aren’t knowledgeable about the Star Trek universe, Uhura was a translator and communications officer who specialized in cryptography, linguistics, and philology. The character was an original crew member and one of the key members of the multicultural crew that made up the Starship Enterprise. She was also one of the first Black characters to be portrayed in a non-domestic role. In fact, her character was so pivotal to the Black community that Dr. Martin Luther King, Jr. convinced her not to leave the show. A bit of trivia for you: her 1968 kiss with William Shatner is often cited as the first example of a scripted interracial kiss on  U.S. TV.

For a period of time, Ms. Nichols toured for NASA with a company which she helped to run called Women in Motion. The specific goal of the tour was to recruit women and ethnic minority astronauts. She is responsible for recruiting Dr. Sally Ride, the first American female astronaut, and U.S. Air Force COL Guion Bulford, the first African-American astronaut, as well as Drs. Judith Resnik and Ronald McNair, both of whom flew successful missions until their deaths aboard the Space Shuttle Challenger in 1986.

As I ended up having to change my outfit, I added in the red coffee cup in memory of my dad and honor of Ms. Nichols. 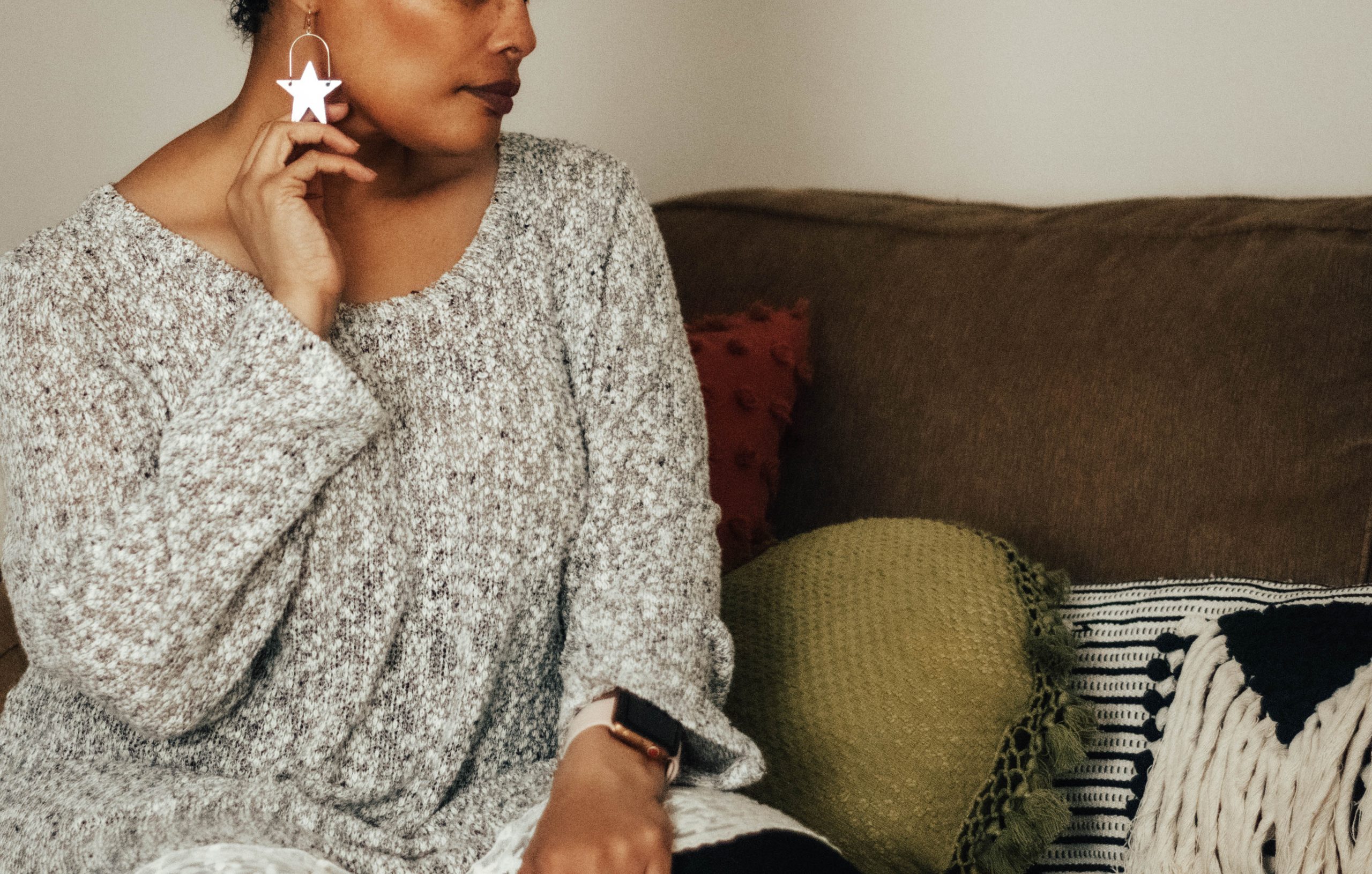 Silver leather star earrings. Aren’t they fabulous? I don’t normally wear novelty earrings, but I thought these were just too cute to ignore. And they turned out to be perfect for this month’s challenge, don’t you think?

My sweater is lightweight and perfect for Louisiana’s sometimey weather. When I first bought it, I thought I’d wear it layered over long sleeved tees, but it turns out that I like it best with just a little tank. I think a lace extender would be cute under it as well. 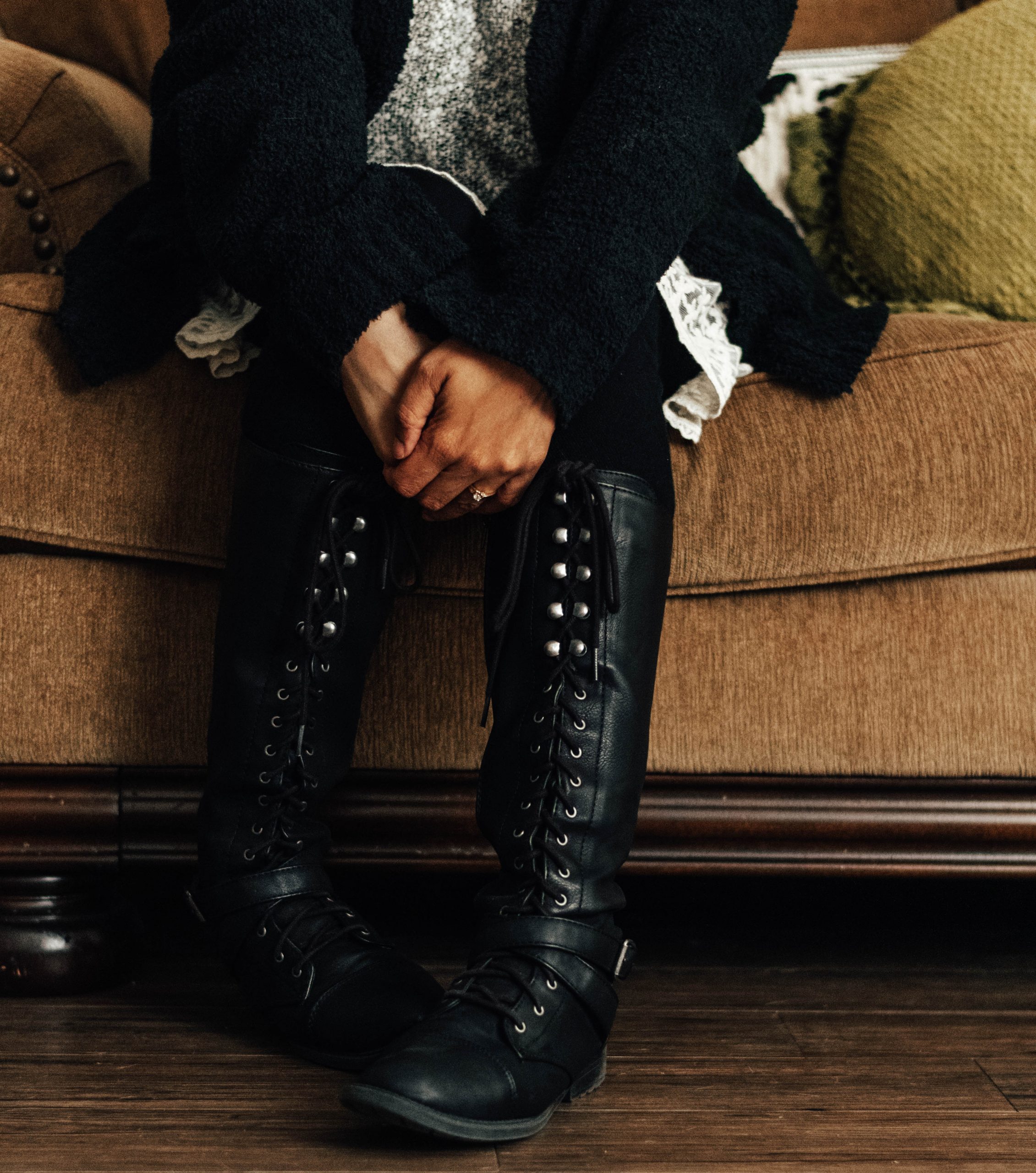 And, of course, who doesn’t love a pair of combat boots? Again, another nod to LT Uhura. 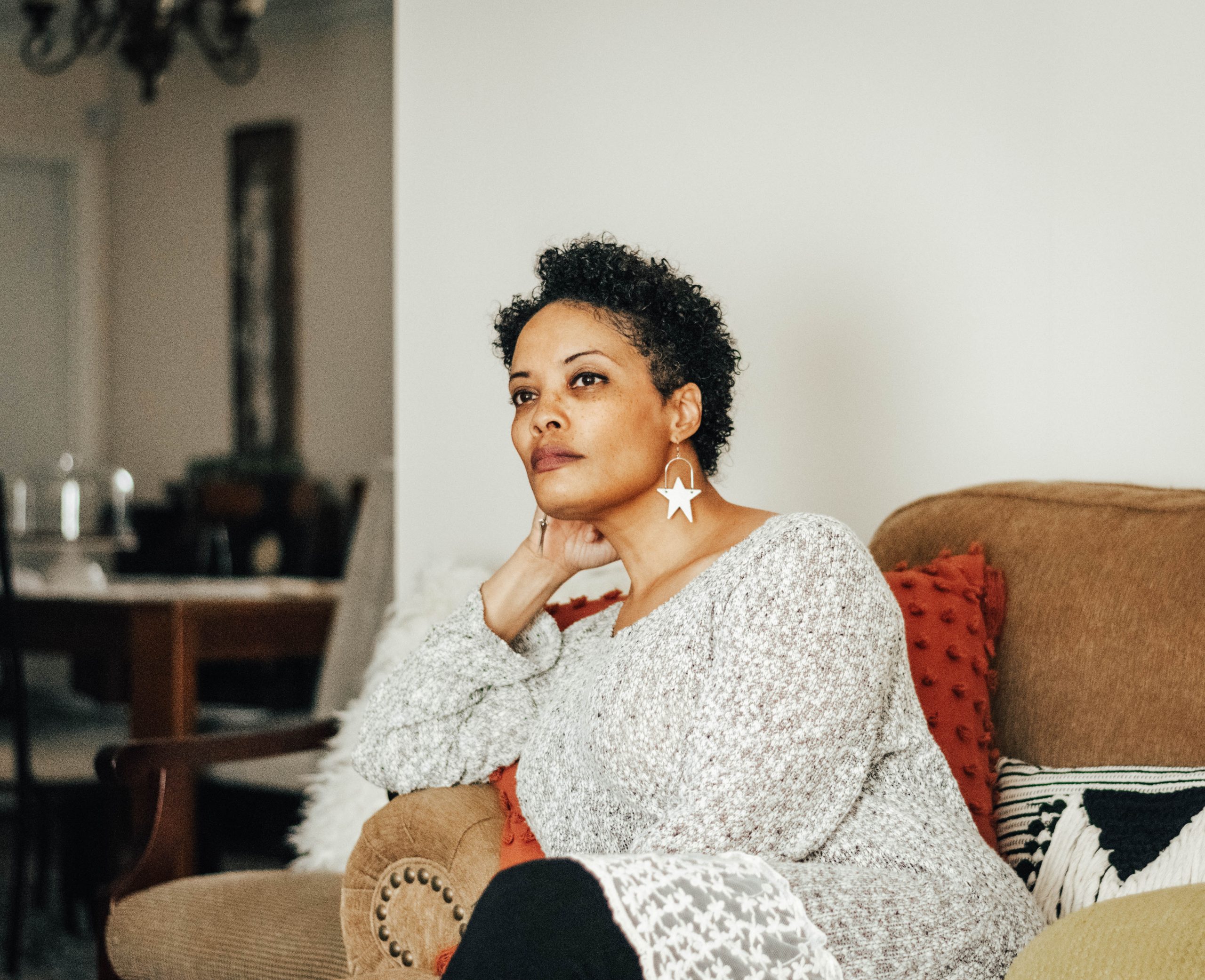 Are you a fan of lace extenders? I wear them quite often under tunics I wish to wear as dresses. If you’d like to some inspiration, check out my Pinterest board.

Don’t Forget to Visit My Co-Hosts

Ada of Elegance and Mommyhood 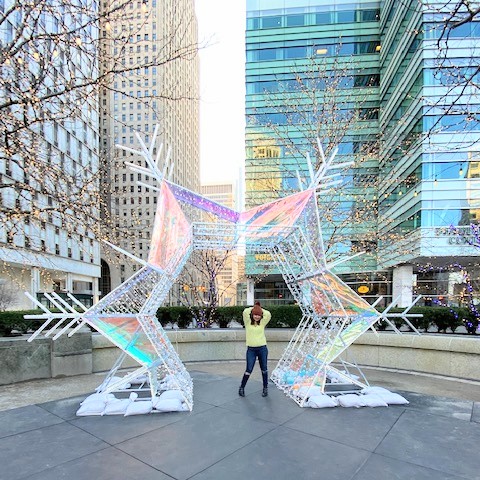 Love love love the setting for Ada’s photo! And, kid you not, I’ve been on the hunt for a chunky neon sweater, and seeing Ada in hers lets me know this is going to be a winter fave. Doesn’t that color just make you want to smile?

Shelbee of Shelbee on the Edge

Shelbee’s outfit was inspired by a Jedi and I so see it – all the layers and the boots. The belt bag is just perfect! Kind of Han Solo-esque.

Y’all know I love sequins and Suzy is rocking them. Can you imagine the twinkle that tunic produces? Like a starry night.

Brandi is one of this month’s guest hosts, so make sure you give her a big warm welcome. If you visit her blog, you’ll see that she’s wearing celestial themed jewelry. So fun.

Sherry is our other guest cohost for the month. And, seriously, look at that top. Love love love!

Do you ever turn to the skies for inspiration?

Now go play in your closet, 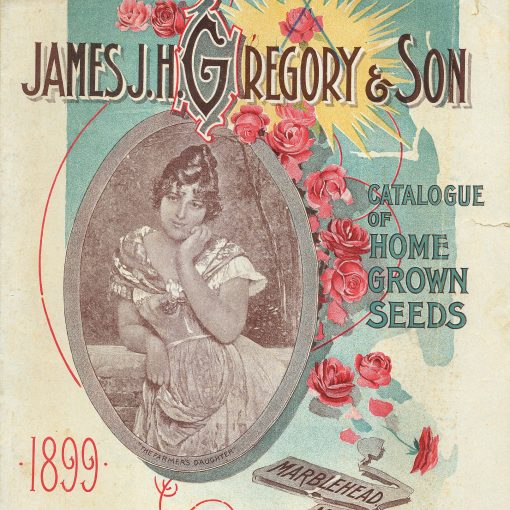 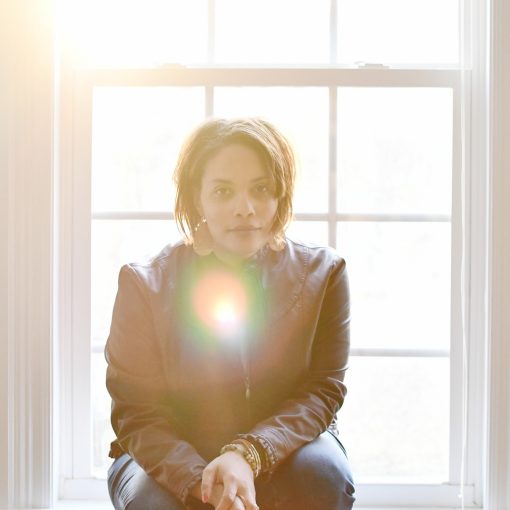 Happy New Year, everyone! I hope you had a peaceful introduction to 2018. We did. The Hubs, our youngest daughter, and I […] 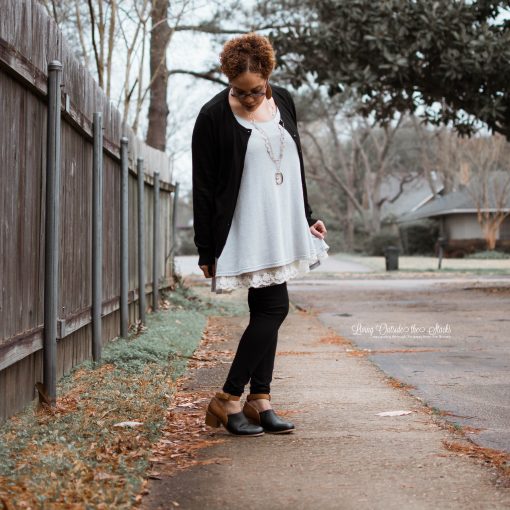 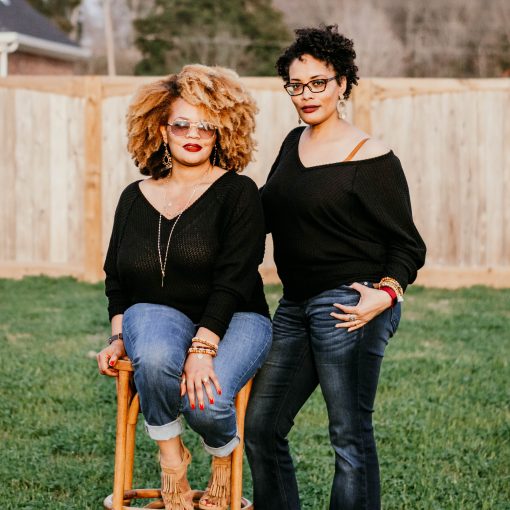