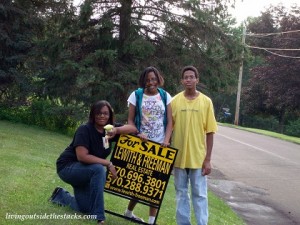 Even as I announced the hubs promotion at work and the family’s relocation to Missouri, things still felt a bit surreal, kinda like I was talking about events that were happening to someone else.  Today, it happened to me.  I signed the contracts and watched as the realtors put a “For Sale” sign in my front yard.

For years, the hubs and I have watched “House Hunters” on HGTV and snickered as the wives shed tears as they talked about leaving their homes.  Today I became that wife and my husband snickered.  So did my kids.  And the realtors.  I couldn’t help it.  You don’t know how long I waited and prayed for this house…

The hubs and I got out of the military in 1996 with nothing but the clothes on our backs, 3 little people in car seats, 1 in utero and 1 with her mother in Texas.  We made our way to Pennsylvania from Louisiana believing that God would provide.  And He did…  He provided us with a home with my mother~in~law for 6 and a half years.  Yes, I lived with my mother~in~law for 6 and a half years.  Every day I would pray that some meteor would strike the Earth and end my imprisonment.  Yes, that meant the whole world would be destroyed but at that point, I didn’t care, I just wanted it all to end.  Our intent was not to live with my mother~in~law that long but life just kept kicking our butts ~ cancer, kids, car troubles, etc.  And we were paying my mother~in~law’s bills to compensate her for letting us live with her (I know I sound bitter but I’m truly grateful for the roof that was over our heads).  Anyway, for years the hubs and I would spend our Sundays going to open houses, checking things out, trying to find a house that could comfortably fit our growing brood.

Then we found a house in Wilkes~Barre.  I wanted this house.  I had already mentally decorated it.  We put in an offer and after going back and forth for a week, negotiations fell through and the house was gone.  I cried and threw an epic tantrum.  I really didn’t think I could do one more day under my mother~in~law’s roof.  During the middle of my screaming fit, I decided to look online for another house and that’s when I found the house that we’re living in now.

It was everything that we didn’t want:

But the moment we walked in the door, we knew this house was ours.  There were obstacles ~ the listing agent wouldn’t submit our offer to the bank because she wanted to purchase the property herself so my husband contacted the bank directly and told them what was going on and the lien officer guaranteed us the house was ours (even if another bidder offered more than we did).  We closed on the house about 4 weeks later, give or take.

The house was a wreck when we bought it.  There were 6 to 8 lawn bags of beer cans in one bedroom alone, food was still in the kitchen cabinets, clothes were still on the floor, dishes were in the dishwasher and the house had been vacant for almost 2 years.  But this was our house and we planned to make it a home.  It took us about 6 weeks to get the house to the point where we could safely occupy it without having to get tetanus shots.

Over the last 8 years, this house has undergone a lot of changes.  Rooms have been renovated, walls have been painted, pictures have been hung and now it’s time to move on and let another family create a life in this house.  Our house.  My house.  Not mine any longer.

I’ll probably shed more tears as I spend the next few days “depersonalizing” the house but I know I’ll never snicker at another seller on HGTV again. 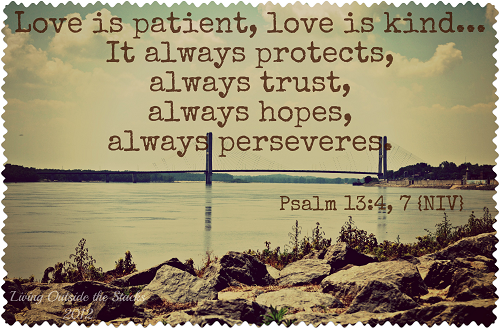 I’d like to wish all the dads out there a very happy Father’s Day. My prayer for each and every one of […] 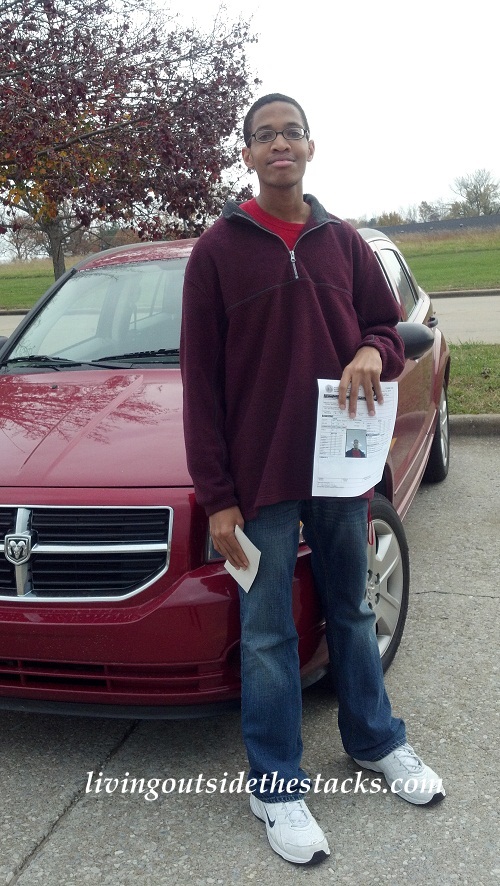 Praise be to the God and Father of our Lord Jesus Christ! In his great mercy he has given us new birth […] 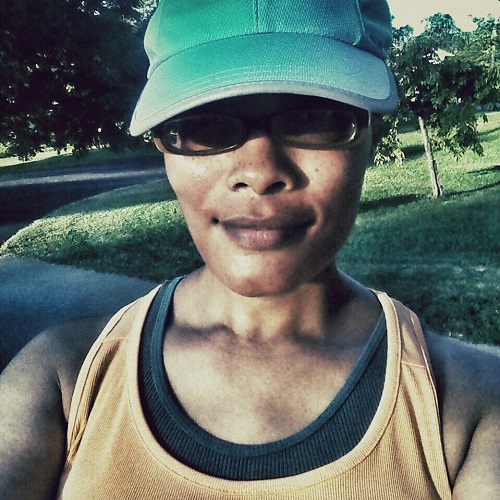 Truth: I haven’t been running as much or as consistently as I had planned. In fact, I’ve been a total fail at […]